The Mind Field provides a much-needed platform for connecting international development workers, journalists and similar professionals with caring and intelligent therapists. Working with humanitarian crises in an alien environment can introduce stress and challenges that make you feel overwhelmed, cynical, depressed and vulnerable. Because your job is to help others, you often ignore your own needs and feelings, and disguise any personal discomfort in light of the mission.

But this doesn’t need to happen. You can get help without needing to leave the field, alert colleagues or jump through administrative hoops. At The Mind Field we connect you with licensed professionals who understand the demands of living and working in different cultures. We can help you when it is convenient for you and from the comfort of your own computer.

Accessing professional help from the field can be difficult to impossible. The Mind Field wants to change that and to make help accessible to anyone with internet or a phone connection. We believe that aid workers, volunteers, journalists and others are stronger, more resilient and better at their jobs when they take care of their personal wellbeing. In order to help others, we must be able to help ourselves.

The Mind Field was created by three women—two international development specialists and an international journalist turned psychoanalytic therapist—all of whom have lived and worked overseas and sought intensive help to process their experience. To read more about our therapists and the staff behind the Mind Field, please see their personal stories below. 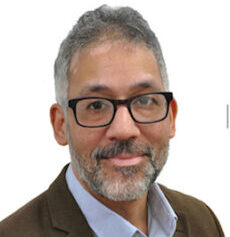 Ajay Khandelwal – Therapist I am a psychotherapist who has worked in the helping professions for over twenty years. I have run drug and alcohol services for people experiencing addictions and worked in therapeutic communities for adults experiencing psychosis. I carried out my PhD research in North India, which explored intergenerational influences in twenty families. I regularly work with professionals from different backgrounds, delivering courses that focus on Building Personal Resilience in the workplace, as well as resilience and self-care sessions for workplace professionals who experienced trauma. I am based in the UK and offer therapy in English and Hindi/ Urdu. 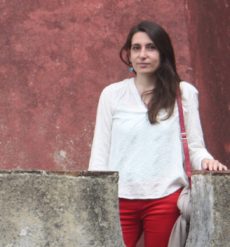 Alessandra Mongardi – Therapist I volunteered in developing countries while seeking my university degree as a clinical psychologist. Afterwards, I undertook a MA in Education and International Development, with the view to work in the field as a mental health expert. Over the years, I worked with small Italian NGOs, participating in projects in Latin America, Europe and North Africa. I trained in Intercultural Psychoanalytic Psychotherapy in the UK, registering with UKCP-CPJA. I continue to work–now as a psychotherapist–with the people I once worked with in the field, seeing patients at the Refugee Therapy Centre and women affected by gender-based violence at Women and Girls Network, as well as private practice via video. I offer short- or long-term therapy sessions in English, Italian and Spanish. 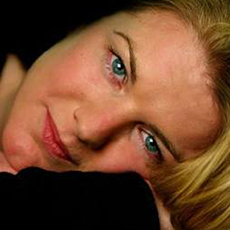 Anna Mortimer – Therapist, Journalist and Co-founder of the Mind Field I’m a former journalist, once Moscow correspondent for The Times (London). I grew up with a war correspondent father, who was killed in El Salvador in 1989. I was 19 at the time and thought he was tough, glamorous, hard-bitten and generally pretty cool. I only realized later that he was chronically anxious, alcohol dependent and probably quite traumatized by the horrors he’d experienced on the job. He was, as an obituary writer put it, “penitentially lonely” with a string of catastrophic relationships trailing in his wake. In my own analysis, I experienced and processed the damage passed on to me from my father’s disturbance. In thinking and reading around psychoanalysis and seeing training patients, I understood how these lives on the very edge of human experience can seriously impact on mental health. There are no prizes for toughing it out alone, for not getting help. This is what I have learnt. 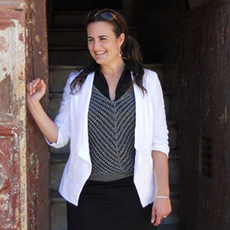 Elizabeth Reiter Dettmer – Co-founder and CEO of the Mind Field I have worked in international development for nearly 15 years, including field postings to post-conflict and transitional countries such as Libya and Côte d’Ivoire. My experience living and working overseas, especially as a woman, led me to specialize in empowerment projects. One of the best ways to empower others and yourself is to listen to people’s stories, learn from their experiences and your own reaction to their experiences, and accompany each other along the way. I hope that the Mind Field can be a great tool and support for people who are dedicating their time and energy to others. 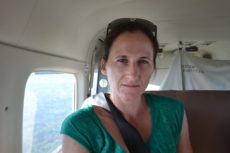 Emma Pearson – Therapist and Former Journalist My first career was as a UK news journalist but I left this to follow my development-worker husband to live in the Democratic Republic of Congo with our baby daughter. We spent nearly a decade moving around Africa experiencing both wonderful and challenging times. I often felt lost, lonely and angry. Finding a counsellor with whom I could have regular video and email therapy was transformational for me. When I returned from the field, I trained at the Metanoia Institute in West London as a psychotherapist, obtaining a Diploma in Humanistic Psychotherapeutic Counselling. I worked for two community-based counselling services in West London and now have a private practice in central London. I am a Registered Member of the BACP. 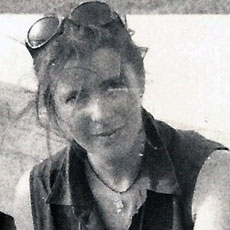 Helen Arthy – Therapist I lived, worked and raised my children in Africa and Asia over a period of 20 years. I started out in wildlife conservation then moved over to humanitarian work. Witnessing conflicts in Liberia and Sierra Leone made me aware of the (at that point) total lack of psychological support that was available to both the population and those expats that were there to help. I also experienced the frequent transitions and changes that are part and parcel of the expat life style. On returning to the UK, another major challenge, I retrained as an integrative humanistic counselor in order to support those that continue to work in “the field”. 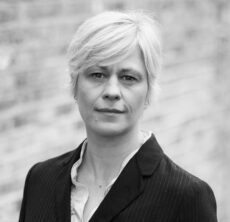 Kristina Hemon – Therapist Before becoming a psychotherapist, I worked in post-war reconstruction in the Balkans and international development for over a decade. Being from the Balkans myself, I have a personal experience of the war and its effects on the region, its peoples and individuals and I have experienced and seen the psychological toll that post-conflict aid work has on people. I’ve lived in three different countries and am familiar with the challenges of moving, settling in and living in different places and have worked with migrants and refugees in London, UK for several years. I trained with the Westminster Pastoral Foundation and am a BPC registered psychotherapist. I offer therapy in English and Serbo-Croat language. 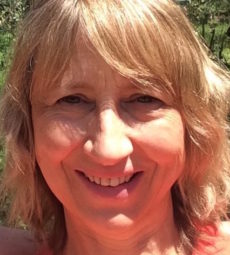 Louise Hayman – Psychoanalyst and Psychotherapist Before training as a psychoanalyst, I worked in media companies for many years alongside journalists going into and coming back from the field. Whether a war zone, the long and dangerous waits at borders or on investigations ranging across frontiers, I was able to be an observer and friendly ear to people undergoing the variety of traumas and difficulties that time in the field can involve. More recently I spent time volunteering in refugee camps in Athens, working with adults and children, as well as in the Calais jungle. I have nine years of experience working as a therapist in the NHS and in a non-profit therapy service, as well as with patients in private practice. I am an IPA registered psychoanalyst and regulated by the BPC. 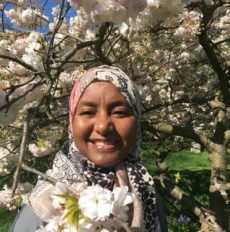 Meriem Gawi – Therapist I was born in Casablanca, Morocco and now live in London where I studied and qualified as a Children and Families social worker. For over 12 years, I worked at Al-Aman, a domestic violence service support for survivors from the Arab community. I work with many refugees who are settled in the UK and have co-produced a toolkit to support other professionals working with the Arab community, especially on matters of harmful practices, divorce and using religion to control women. I am a registered member of the BACP and currently run my own private practice in North London where I counsel adults and children on both short- and long-term basis in English, French and Arabic languages. 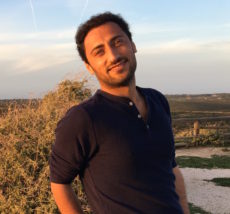 Muammar Nakhla – Therapist I grew up in Syria and studied psychology in the University of Damascus. For 5 years I was a therapist in the Syrian Association of Autism and helped autistic children with behavior modification therapy. During the revolution in Syria I documented human rights violations and reported them to the media. In 2014 I left Syria and started to work with UOSSM to offer mental support to traumatized children and youth in Turkey. One year later I came to Germany where I continued my work with young traumatized refugees. Now I’m working as freelance Psychologist for Zentrum Überleben and the state of Berlin. I offer therapy sessions in Arabic and English. 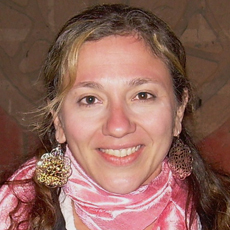 Raquel Fontanés – Co-founder and Advisor of the Mind Field I am an international development specialist and entrepreneur with more than 20 years of experience working in the development field both overseas and at “headquarters.” Most recently, I have been focusing on supporting grassroots organizations improve their organizational capacity and helping them become the change they want to see. Equally rewarding has been serving as a coach and mentor to young career women and other development professionals. I have shared my story here to reflect on why I strongly believe in the support “The Mind Field” has to offer. 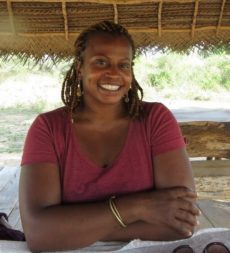 Reem Hagona – Therapist I lived and grew up in 6 different countries in the Middle East and North America. After studying Human Services and Psychology in New York, I moved to Sudan where I worked with two international aid organisations. Initially, I facilitated psychosocial development workshops with children and women in IDP camps and later on, I managed a nationwide youth peacebuilding initiative. After relocating to the UK in 2006, I completed an MA in Psychoanalysis and a second MA in Intercultural Psychoanalytic Psychotherapy with the Refugee Therapy Centre and University of East London. Currently, I am registered with UKCP-CPJA and offer long-term and short-term therapy sessions in English and Arabic. 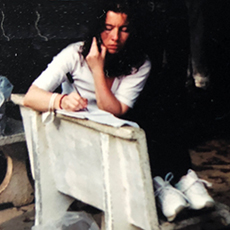 Sally Warren – Therapist and Former Journalist In my previous career I worked as national newspaper journalist and have an intimate understanding of the challenges facing people who work as witnesses to deeply stressful situations. I covered many natural disasters including the Indian Ocean tsunami and many man-made ones including the Kosovan War. After having a baby and getting married (in that order) I retrained as a psychotherapist. I now work with adults intensively up to four times a week but also on a less frequent basis to cater to career demands. I trained for five years at the British Psychotherapy Foundation, one of the UK’s pre-eminent training institutions and worked at the Gordon Hospital in south London for five years. 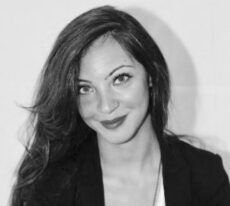 Shereen El Gazzar – Therapist I decided to become a therapist after realizing that it’s quite common to feel anxious, confused, challenged in relationships, or to lack a sense of direction in one’s life. When I realized that the idea of a “normal” human being is far more expansive than the impression of normality I received from the media and society at large, I decided that I wanted to be part of the solution and help others to be mindful of the subconscious influences on their perspectives, behaviors, and inner narratives. I am a former journalist and trained as a therapist in couple and family counseling and trauma informed psychotherapy. I am based in Southeast Asia and offer therapy sessions in English and Arabic.